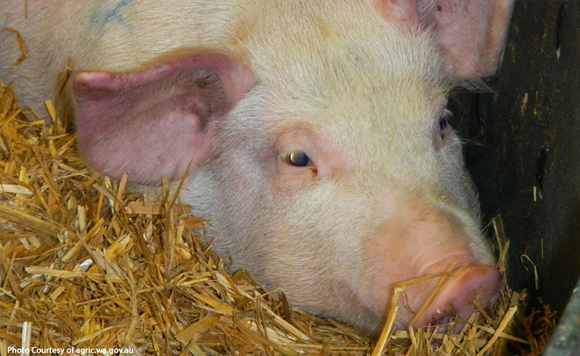 The Davao City government is not letting its guard down as it strictly implements the protocol or biosecurity measures for the entry of swine and other pork products to prevent the spread of African swine fever (ASF) in the city, an official said.

Dr. Cerelyn Pinili, the Head of the City Veterinary’s Office (CVO), said that the last recorded case of ASF in the city was in July last year in Lumiad, Paquibato District.

“Currently, there’s (no report of ASF) none. We are trying our best that it will not enter Davao City. We are in close coordination with the Department of Agriculture (DA), the Bureau of Animal Industry so that ASF will not resurface here in Davao City,” she said.

Since the outbreak in 2020, Davao City has established Animal Control Points in Buda, Sirawan, Lasang, and Sta. Ana Wharf to make sure that no products without proper documentation will enter the city.

Pinili said that the team assigned in control points are strictly requiring documents such as ASF Certification from the DA, Veterinary Health Certificate issued by the provincial or private veterinarian, and shipping permit.

She said that her team is also conducting education campaigns for backyard farmers on ASF and how to prevent their hogs from getting infected.

The official also reminded lechon houses not to get stocks from farms and other areas that are contaminated with ASF.

The first case of ASF in Davao City was recorded in February 2020 in Brgy. Dominga and Lamanan, Calinan District where more than 2,000 hogs were depopulated.