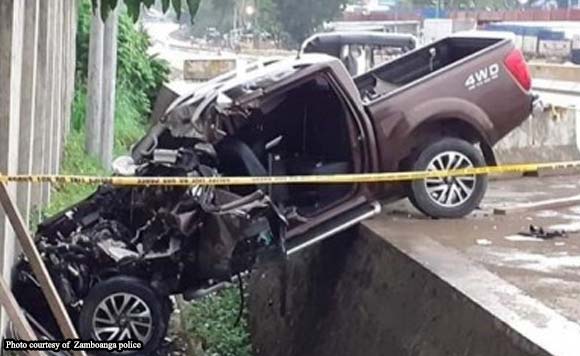 ZAMBOANGA CITY – A priest died in a road accident while returning home to his parish coming from a birthday celebration in this southern port city, police reported Thursday.

Citing the initial investigation, Natividad said Alavado was driving his pickup vehicle on the way home to Manicahan parish when he accidentally bumped the rear of a 10-wheeler cargo truck traveling in the same direction.

As a result of the impact, Alavado fell unconscious and was trapped at the driver’s seat of his pickup that plunged into the waterway of the highway.

Natividad said responding rescuers managed to extricate Alavado two hours later and rushed him to the hospital where the priest was declared dead.