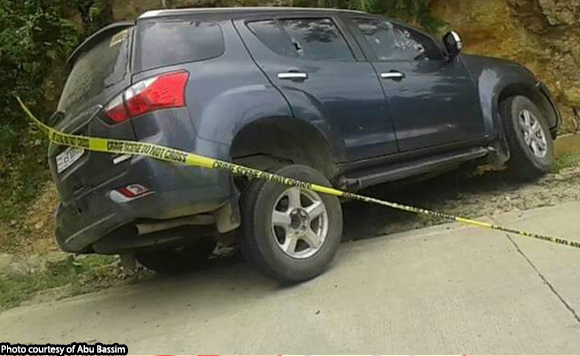 0 109
Share
Want more POLITIKO News? Get the latest newsfeed here. We publish dozens and dozens of politics-only news stories every hour. Click here to get to know more about your politiko - from trivial to crucial. it's our commitment to tell their stories. We follow your favorite POLITIKO like they are rockstars. If you are the politiko, always remember, your side is always our story. Read more. Find out more. Get the latest news here before it spreads on social media. Follow and bookmark this link. https://goo.gl/SvY8Kr

The vice mayor of Baliguian, Zamboanga del Norte and his two other companions were killed while another was wounded in an ambush Saturday, January 11.

The official’s two other companions died on the spot while the other injured is undergoing medical treatment.

The victims were on board a gray vehicle owned by the vice mayor and heading towards Siocon when undeterminined number of armed men fired upon them.

The suspects riding a dirty white van with unknown plate number fled the area heading towards the municipality of Gutalac in the same province.

Investigation has been ongoing to arrest the suspects.