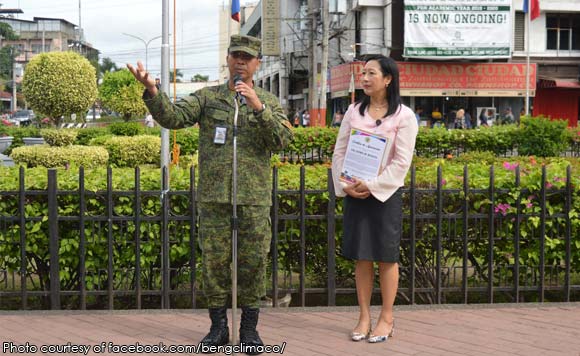 0 195
Share
Want more POLITIKO News? Get the latest newsfeed here. We publish dozens and dozens of politics-only news stories every hour. Click here to get to know more about your politiko - from trivial to crucial. it's our commitment to tell their stories. We follow your favorite POLITIKO like they are rockstars. If you are the politiko, always remember, your side is always our story. Read more. Find out more. Get the latest news here before it spreads on social media. Follow and bookmark this link. https://goo.gl/SvY8Kr

Zambonga City authorities have intensified security measures in both the coastal areas and in the mainland following the recent twin bomb attacks in Indanan, Sulu, Mayor Beng Climaco said.

This as the local chief executive underscored the importance of the support and cooperation of the residents on the anti-crime efforts of both the police and military.

Task Force Zamboanga Chief Col. Leonel Nicolas said security protocols have been heightened through intensified inspections on all types of vehicles especially coming in to the city.

Shortly after the June 28 blasts in a military camp in Sulu, Nicolas said the troops both in the coastal and mainland areas have been alerted to intensify security in all ingresses and egresses of the city.

Climaco urged people to immediately report the presence of suspicious individuals, baggage or items including abandoned vehicles in their vicinity so these can be verified and acted upon.

It is also very crucial for people not to forward or circulate unverified text messages or even facebook posts to prevent panic and confusion, she said.

She said that the local government constantly and closely coordinates with the police and military to ensure that precautionary security measures are intensified and strengthened.