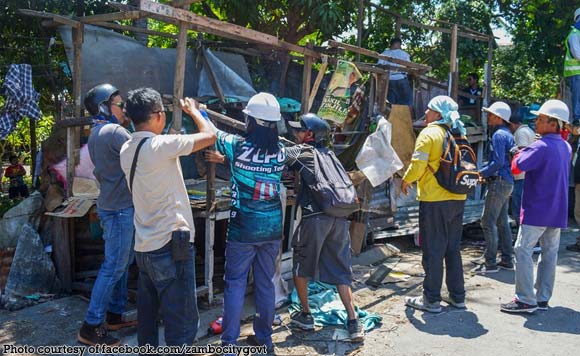 The city government of Zamboanga has resumed its road clearing operations after a brief hiatus due to the celebration of the Zamboanga Hermosa Festival.

Assistant City Administrator Cesar Raz said the road clearing team went back to the barangays to continue and sustain the city government’s efforts at clearing all roads of illegal obstructions and constructions.

Raz said after the 60-day period given by the Department of Interior and Local Government (DILG) for clearing operations, the personnel had to take a short break to give way to the festivities.

“It’s not an excuse, it’s just that we mobilize our personnel to some activities for the festival. But, nevertheless, we continue the clearing campaign… we went back to where we started,” Raz said.

The city government of Zamboanga passed the validation of its road clearing operations with 90 points by the regional validating team headed by DILG-9 Regional Director Paisal Abutazil with the regional directors of agencies under the umbrella of DILG as members.

The DILG has said that it will conduct a quarterly assessment on the road clearing operations, with the second activity to take place in December.

OPAPP to ink deal with MSU for peace building institute