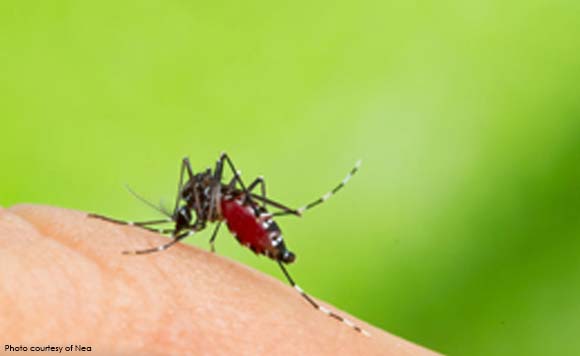 The Zamboanga City government has registered over 300 dengue cases with one death during the first half of the year to June.

As of June 17, she said her office has recorded 324 dengue cases in the city.

The barangays with the highest number of dengue cases include Sta. Maria, Mercedes, Talon-Talon, Tetuan, and San Roque.

The Department of Health tags dengue fever as one of the diseases to watch out for during rainy season, which occurs between June to October.

The Philippine Atmospheric, Geophysical, and Astronomical Services Administration (PAGASA) officially declared last month the start of the rainy season in the country.

It also asked the residents to keep their homes clean and to clear potential mosquito-breeding places which typically are areas that have stagnant water such as uncovered water containers, flower vases, gutters, unused tires, and others.