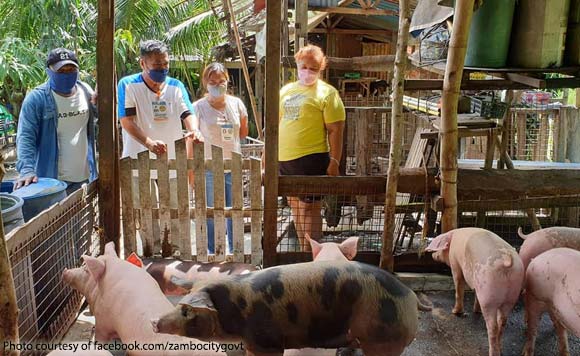 The Zamboanga City government has raised concern over a number of pigs dying under “strange or unusual conditions.”

The Office of the City Veterinarian (OCVet) said that the swine deaths were recorded in Barangays Pasonanca, Pasobolong, and Mangusu covering the period from April 30 to May 10 this year.

Agbayani said the OCVet surveillance team is continuously monitoring reports of swine mortalities for investigation, and the office had also submitted blood samples to the Regional Animal Disease Diagnostic Laboratory (RADDL)-Department of Agriculture 9 to determine the cause or causes of pig deaths.

Hei added that geo-tagging was also conducted, including an inventory of animals and disinfection of slaughterhouses and pig farms as part of the government’s “Babay ASF” or “Bantay ASF sa Barangay” Program with the support of DA-9.

Another ongoing activity is the strengthening of the city’s border control checkpoints in Licomo (east) and Limpapa (west), while the BAI-VQS9 monitoring the entry of animal products through the airport and seaport.

In the meantime, Agbayani urged all livestock and poultry raisers in the city to report right away any unusual death of animals in their areas for immediate action from OCVet.