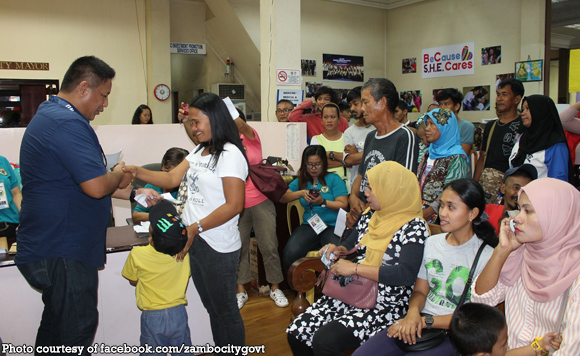 The Zamboanga City government has extended financial assistance to the victims of fire that razed Campo Islam late last year.

Acting Mayor Rommel Agan handed over the cash assistance with a total amount of P214,000 to 57 families displaced by fire in a ceremony Tuesday, January 21, in City Hall.

He said the cash aid was in addition to the relief assistance earlier provided by the City Government. The amount will help alleviate the plight of the affected families.

“The amount given to each family was based on the damage incurred as stipulated in a resolution of the City Disaster Risk Reduction and Management Council (CDRRMC),” the city government said.

The City Social Welfare and Development Office (CSWDO) conducted the assessment and validation of names of the victims.

The fire broke out in Campo Islam last October 20.