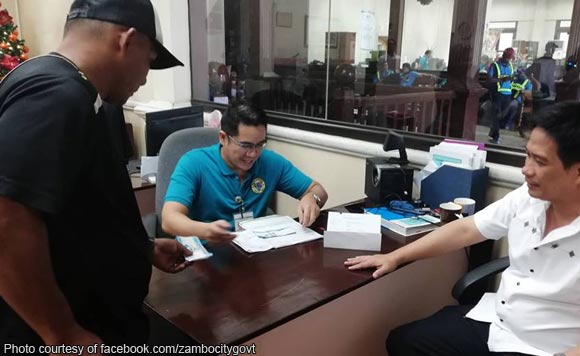 0 755
Share
Want more POLITIKO News? Get the latest newsfeed here. We publish dozens and dozens of politics-only news stories every hour. Click here to get to know more about your politiko - from trivial to crucial. it's our commitment to tell their stories. We follow your favorite POLITIKO like they are rockstars. If you are the politiko, always remember, your side is always our story. Read more. Find out more. Get the latest news here before it spreads on social media. Follow and bookmark this link. https://goo.gl/SvY8Kr

The city government of Zamboanga has provided cash assistance to eight families displaced by separate fires in Baliwasan and Sta. Maria recently.

City caretaker and officer-in-charge Alexander Eric Elias, together with personnel from the City Social Welfare and Development Office (CSWDO) and the City Treasurer’s Office (CTO), gave the aid Tuesday, November 27.

Of the eight displaced families, five came from Baliwasan after a fire hit the place on September 8, while three from Sta. Maria during the September 17 incident.

The financial aid was given following a resolution of the City Disaster Risk Reduction and Management Council (CDRRMC).