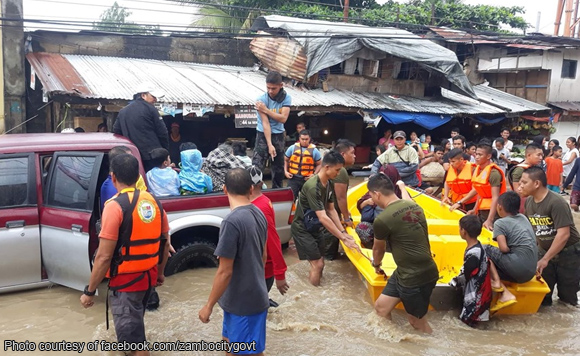 Hundreds of residents in Zamboanga City’s low-lying areas were evacuated Friday, September 13, due to flooding brought about by continuous rains.

The city government also suspended the classes in all levels in the city as Tropical Depression Marilyn has continued to affect the city.

Among the areas where rescue and evacuation operations were conducted include Baliwasan Grande, Barangays Sangali, San Jose Gusu, and Tumaga.

The Philippine Coast Guard suspended the trips of watercrafts to Basilan due to rough seas caused by the unstable weather condition.