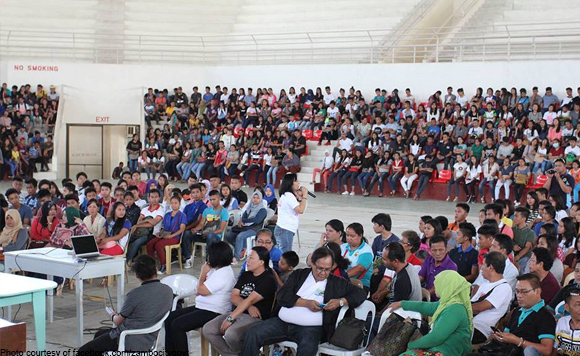 The city government of Zamboanga, together with the Department of Labor and Employment (DOLE), has earmarked nearly P17 million for the Summer Program for the Employment of Students (SPES) this year, an official said.

City Social Welfare and Development Officer Socorro Rojas said that the P16.698-million fund would benefit 2,206 college and high school students including out of school youth (OSY) and the so-called SPES babies.

Jointly undertaken by the local government and the DOLE with 60-40 percent sharing of salaries, the SPES starts Tuesday, April 23, for the first batch of beneficiaries composed of 1,366 college students and SPES babies, the official said.

The second batch will be composed of 840 high school and college students and OSY.

“The number for the second batch decreased by 560 from the initial target of 1,400 after the DOLE has informed the city government of the 50% decrease in their budget that affected several programs to include SPES program of which their department is responsible to pay the 40% counterpart,” Rojas said.

Under the program, the areas of assignment include selected City Government offices and barangays and offices located in the area.

Fema Duterte: Earthquake reminds us to unite, except Duterte’s destabilizers