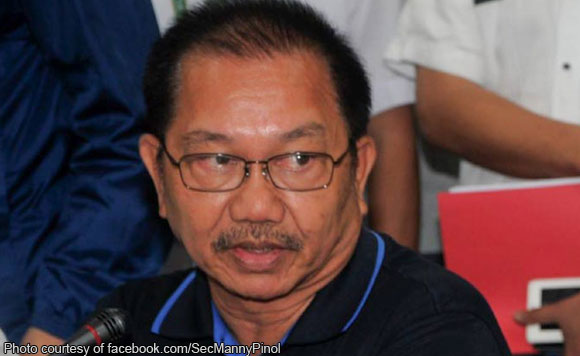 The party designated Piñol as its “point person” in North Cotabato during simple oath-taking ceremonies.

He became the third of member of President Rodrigo Duterte’s Cabinet to become a member of PDP-Laban after Justice Secretary Vitaliano Aguirre, designated point person for Quezon province and Energy Secretary Al Cusi, party vice-chairman and point-person for Mimaropa Region.

He said new party members are required to undergo a “Basic Membership Seminar” (BMS) during which the party constitution and by-laws, history and platform, among others, are being discussed by party elders and lecturers.