With P32-M budget: Mosques destroyed in Marawi to be rebuilt 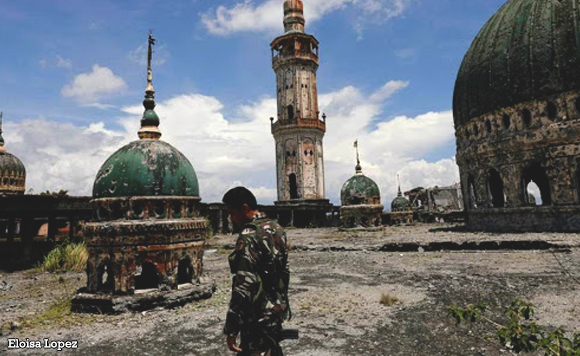 In a statement, del Rosario said the task force is preparing to repair three mosques through the incentivized use of housing developers’ escrow funds of the Department of Human Settlements and Urban Development (DHSUD) and other private developers.

Del Rosario, also the housing czar, said it is the first time for the housing department to release escrow funds amounting to PHP32.14 million.

The task force has alloted PHP4.39-million fund to rebuild the Masjid Darussalam in Barangay Raya Madaya.

The Masjid Disomangcop in Barangay Daguduban will be funded amounting to PHP 12.25 million and the White Mosque in Barangay Lumbac Madaya will be reconstructed with PHP15.5 million allotment fund.

“This is a milestone in the history of the Department and Task Force Bangon Marawi,” del Rosario said. “For the first time, we will use the escrow donation component for the building of the first three mosques inside the most affected area.”

Del Rosario reiterated that the rehabilitation of the Marawi City is still on track despite the coronavirus pandemic.

He echoed President Rodrigo Durterte’s remarks to prioritize the reconstruction of mosques in Marawi City.

“Today marks our strong commitment and compliance to the instruction of our President, hence, construction will commence and will be will be completed soonest,” del Rosario said.

He added that the task force is readying to reconstruct more or less 30 mosques including the Dansalan Bato Mosque and the Grand Mosque, using the donations from private organizations.

The reconstruction of the mosques could also help the social healing and recovery of the residents affected by the armed conflict.

Del Rosario cited the support of DHSUD’s partner-developers to provide an escrow fund.

“These mosques are important monuments of Muslim history and Islamic tradition in the Philippines,” he said.

“The generosity and goodwill of our partner-developers will go a long way in boosting the morale and contribute to the overall well-being of the people of Marawi that were destroyed along with these physical structures that represent and embody their faith,” he added.

Del Rosario said the rehabilitation of Marawi City will be completed on its timeline by December 2021.

“We will continue our engagements, we will pursue our commitment and ensure that Marawi will ‘rise again’ as committed by our President,” he added.

Wife accuses Toto Mangudadatu of having an affair with beauty queen