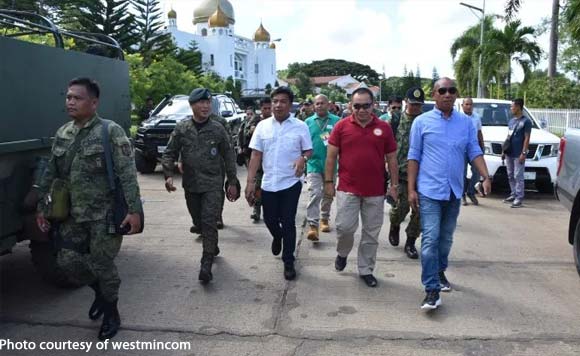 The military’s Western Mindanao Command (Westmincom) leadership has proposed a new reform program to fight violent extremism in a meeting with the officials of the island provinces in Mindanao.

“The BRAVE adopts the strategic framework of the Program Against Violent Extremism (PAVE) for Peace which depicts the interplay of good governance, law enforcement, and community participation,” said Sobejana.

The new reform program focuses on three objectives, such as eliminating the drivers of violent extremism; comprehensive mainstreaming of former rebels; and sustaining peace and development in the country and in the province, as a whole.

The proposed program is “an expanded version of the PAVE which it seeks to supplant” as the return, reform, and reintegrate phases of the latter is incorporated in the mainstreaming/empowering phase of the proposed new program, he added.

Joint Task Forces Commanders and other officials were also present during the meeting held at the Capitol Site in Bangkal, Patikul, Sulu Thursday, December 19.