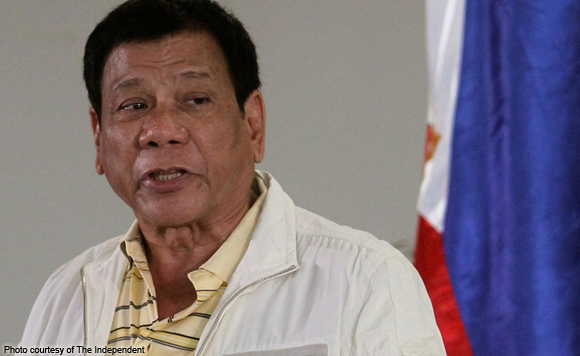 President Rodrigo Duterte has lauded security troops for the weekend arrest of four more suspects believed to be responsible for the bombing attack in Davao City which killed 15 and wounded 70 others last September 2.

He also urged the police and military to perform their tasks as the state of national emergency on account of lawless violence is still in effect in the country.

Duterte made this statement Tuesday, November 1 during an interview the media during his visit to his parents’ tomb at the Catholic Cemetery in Davao City.

Chenikandiyil and the other three suspects were all arrested by the military and police in an operations conducted in Ilang-Ilang St., Tamontaka, Cotabato City.

Recovered from Chenikandiyil and his group were assorted firearms and ammunition, a hand grenade and two IEDs made out of 60mm mortar and 105mm howitzer mortar.

The arrest was carried out based on the search warrants issued by Judge Bansawan Ibrahim of Regional Trial Court Branch 13.