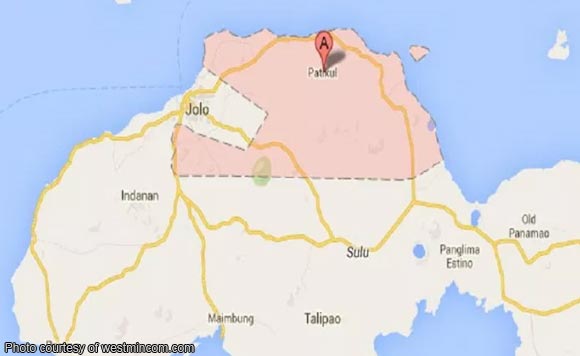 0 242
Share
Want more POLITIKO News? Get the latest newsfeed here. We publish dozens and dozens of politics-only news stories every hour. Click here to get to know more about your politiko - from trivial to crucial. it's our commitment to tell their stories. We follow your favorite POLITIKO like they are rockstars. If you are the politiko, always remember, your side is always our story. Read more. Find out more. Get the latest news here before it spreads on social media. Follow and bookmark this link. https://goo.gl/SvY8Kr

No one was hurt in the incident as the mortar shells exploded some 200 meters away from Tanum Elementary School, the venue of the medical outreach mission.

“They bring nothing but destruction that greatly retards achievement of peace and development in Sulu. This is another reason why we have to unite to put end to this menace in our society,” Dela Vega added.

Col. Gerry Besana, Westmincom information officer, said the troops estimated that the mortar rounds were fired some 500 meters away east of the school and were “believed to be initiated by the Abu Sayyaf bandits in the area intend(ing) to intimidate the populace from availing the free medical services.”

Besana said the medical outreach mission continued despite the mortar shelling by the ASG bandits.

He said the Joint Task Forces Sulu have deployed troops to track down the ASG bandits behind the mortar shelling. (PNA)

Newly rehabilitated Zamboanga City grandstand to be unveiled on Feb. 20