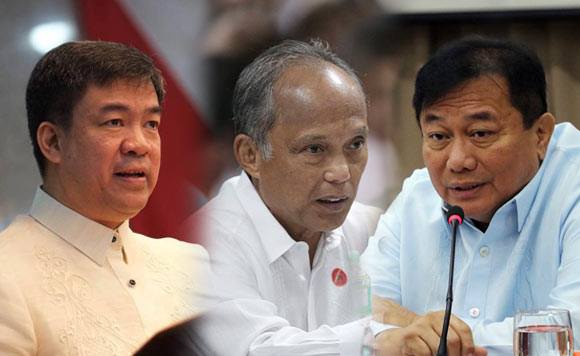 In a statement, Floirendo complained about the lack of due process in the termination of his membership and said his side was not sought in the three issues raised against him.

“Worse, they imputed on me certain partisan activities I did not even have a clue whatsoever, and accused me maliciously of disloyalty, sowing disunity and discord and using media to air my grievances,” he said.

Floirendo was charged with disloyalty to the party and its leaders, organizing and participating in an unauthorized and unsanctioned party convention thereby sowing disunity and discord within the party; and manifesting grievances to the public and media instead of settling internal disputes.

Floirendo, the biggest donor to Duterte’s presidential campaign, scored a “present leader” of the ruling party for supposedly making up stories about him “to advance his interest and his personal crusade against me and my family.”

“Already at the tail-end of numerous false allegations by this individual who had benefited avariciously from our family, my being accused of imagined transgressions violates accepted rules on impartiality, which is what the party has always fought for,” he said.

It is public knowledge that Floirendo is embroiled in a feud with Alvarez, supposedly over their girlfriends.