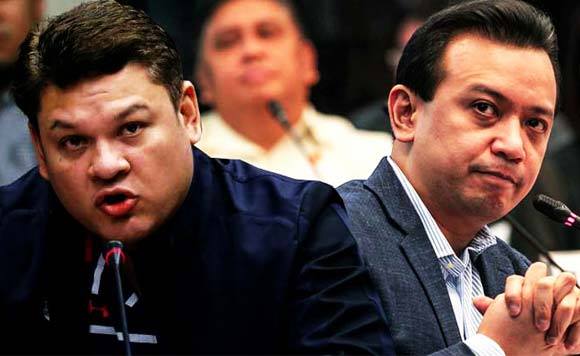 Former Davao City Vice Mayor Paolo Duterte has mocked opposition Senator Antonio Trillanes IV, saying that the right process is to file a complaint before the proper venue and not before the media.

The presidential son posted a photo on his Facebook page, showing his filing of another libel complaint against Trillanes for linking him in the P6.4 billion worth of smuggled shabu from China last year.

In another post, Duterte accused Trillanes of being afraid for not facing his case.

Duterte’s filing of libel complaint against Trillanes Wednesday, September 19, was his second.

Early this month, he and his brother-in-law Manases Carpio, husband of Davao City Mayor Sara Duterte-Carpio, filed a libel complaint against Trillanes for allegedly maligning him and his family in a radio interview in September last year over his alleged corruption and extortion activities involving government transactions.

Trillanes is a staunch critic of President Rodrigo Duterte. The Chief Executive has voided the senator’s amnesty through a proclamation. The opposition lawmaker claimed that he is being politically persecuted.