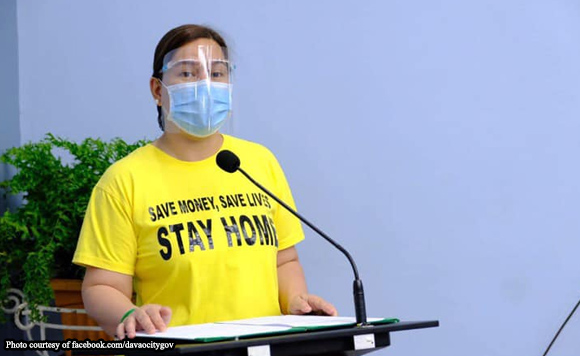 Instead of early campaigning, Bayan Muna Rep. Eufemia Cullamat said that officials of Davao City should prioritize its pandemic responses amid the continuing high number of new COVID-19 cases in the city.

Cullamat made the statement after Davao City was repeatedly included in the list of cities with the highest number of COVID-19 cases for several weeks.

Cullamat however did not mention if she was referring to Davao City Mayor Sara Duterte who was earlier criticized for leaving her city to go to different places to allegedly forged alliances for her possible presidential bid next year.

The number of recorded COVID-19 cases however lowered to 219 from 226 in the previous week.

From June 7 to July 19, Davao City has the most number of daily new COVID-19 cases.

The number of COVID-19 deaths in Davao City for the same period stands at 2.72%, which is higher than 1.47% recorded in Quezon City, the biggest city in the country by population.

Mayor Gandamra thanks Japan for funding permanent housing for IDPs