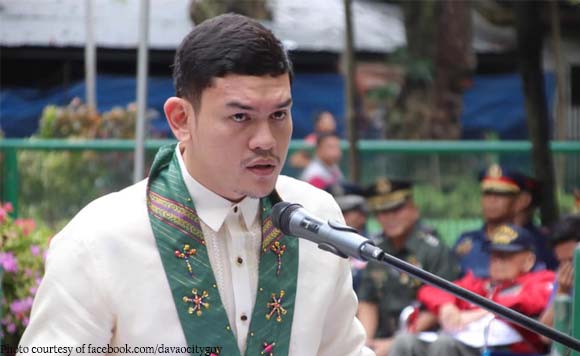 The city government of Davao would give additional cash rewards to Dabawenyo athletes who would win in any sports competition here and abroad.

Davao City Vice Mayor Sebastian “Baste” Duterte, who has been the acting mayor since July when his sister Mayor Sara Duterte-Carpio started to go on leave, said that giving cash rewards is the local government’s way of thanking the athletes for bringing honor to the city and the Dabawenyos in general.

He said each athlete who won a gold medal award in international events would receive P30,000; P20,000 for silver medalists; and, P10,000 for bronze medalists.

For the winners in national sporting events, the gold medalists would receive P12, 000; P10, 000 for silver medalists; and P8, 000 for bronze medalists.

He urged the Dabawenyos to stay away from illegal drugs and instead focus on sports.