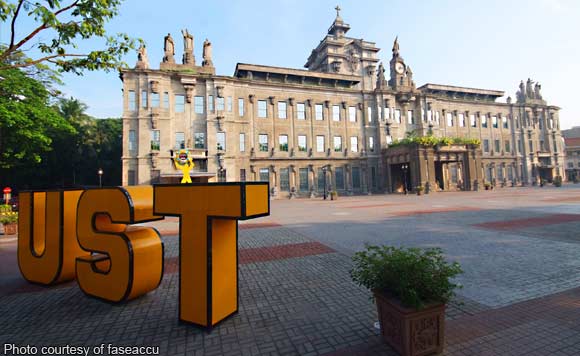 After some 20 years, the University of Santo Tomas has taken the initial steps to establish its presence in Mindanao via an extension campus in General Santos City.

UST officials led by Fr. Dexter Austria started consultations and public hearings for the first phase of setting up a 79.93-hectare campus.

While UST acquired the property for P96 million in 1997, development was stalled by land classification problems.

Austria said public consultations are among the requirements for the development of the site – including clearance for road networks and drainage systems – in Barangays Ligaya and Katangawan.

For its part, the city said officials and residents of the two barangays covered by the project are supportive of the campus project.

Mayor Ronnel Rivera endorsed the development of the UST campus, saying the campus will attract major investments and economic activities.

Shortly after acquiring the lot where the campus would stand, UST sought for the site’s conversion from agricultural land to institutional.

It received initial approval from the Department of Agrarian Reform in 2003, but the DAR issued another order in 2008 “extending the development period of the site until 2013.”

In 2013, the city council passed Ordinance No. 15 that revised the zoning classification of the university site to institutional.