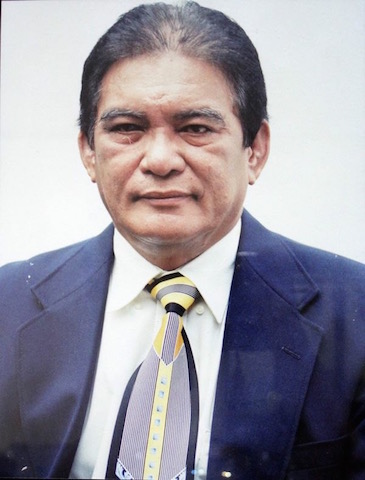 A former Sarangani governor faces 18 years in prison for using relief items as campaign goodies in the 2002 barangay elections.

In a resolution promulgated on Oct. 13, 2015, the antigraft court Special Division of Five convicted former Sarangani governor Miguel Escobar and his agriculturist Romeo Miole for malversation and ordered jailed for 10 to 18 years.

He was sentenced to jail for spending some P1.44 million in public funds for 1,875 sacks of rice which instead of benefiting poor farmers went to favored barangay officials ahead of the 2002 village polls.

Three of five justices said the evidence did not prove that Escobar personally benefit from the sacks of rice, but he was found negligible for failing to stop the delivery of the sacks of rice to favored barangay and municipal officials.

The court cited the annual audit report on Sarangani which found that indeed the beneficiaries of the sacks of rice were not poor farmers and fisherfolk, but were municipal and barangay officials who received the sacks last June 30, 2002, or one week before the scheduled barangay elections.

In his defense testimony, Escobar pointed instead at then Sarangani congressman Erwin Chiongbian who instructed the delivery of the sacks of rice to favored officials. He admitted however that the sacks of rice did not reach the intended beneficiaries, who were supposed to be the survivors of a flash flood in 2001.

Escobar told the court there was nothing he could do.

The court said Escobar was guilty of malversation under Article 217 of the Revised Penal Code due to his negligence to act on the wastage of public funds.

“Escobar, despite his insistence that he knew nothing of the implementation of the program until after the fact, is no less guilty. The Court finds it hard to believe that a project involving the distribution of 1,875 sacks of rice that took place in his province and which he was duty-bound to supervise would escape his attention,” the court said.

“It would even be considered as an admission of his negligence because even after learning of the distribution of the sacks of rice he did not do anything,” the court said. Escobar only created a committee to investigate the wastage of funds while an audit was ongoing.

In convicting Escobar and Miola guilty beyond reasonable doubt for malversation, it also perpetually disqualified them from holding any public office, and ordered them to pay the fine of P1.44 million.

(Note: We updated this story which came out previously with the photo of Mr. Miguel Dominguez instead of Mr. Miguel Escobar. We regret the error and we apologize to Mr. Dominguez for the mistake.)