Up to 50% capacity only! Bus operations in Davao Region, except Davao City, to start May 26 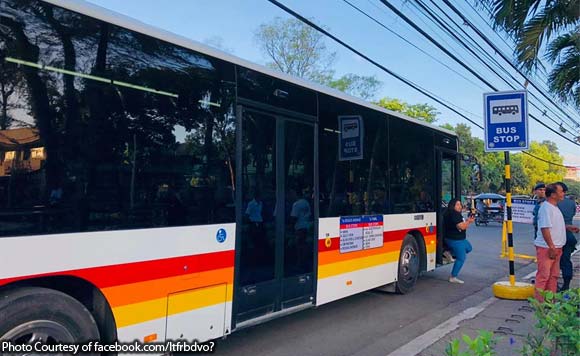 LTFRB-11 circular provides that buses with authority of a special permit shall operate only within Davao Del Norte, Davao De Oro, and Davao Oriental and within Davao Del Sur and Davao Occidental. The Davao Region is under the general community quarantine (GCQ).

Quoting LTFRB-11 Regional Director Armand B Dioso, the Panabo City government said that buses will start initial operation in Davao del Norte and Davao de Oro, with limited number of units, as early as Tuesday, May 26, while waiting for the approval from Davao Oriental province.

“The order also shows Panabo City as the point of origin of the Inter-Provincial routes in the three provinces,” the local government said.

As of the moment, it said there are no bus routes going to and from Davao City.

But with Davao del Norte’s Executive Orders No. 40 and 41, bus drivers and conductors from Davao City are required to undergo strict health screening once they enter the province. They are also advised to stay within the provinces during the quarantine period.

Under the GCQ, the buses are only allowed to operate in a 50 percent capacity.

Passengers are also required to present their quarantine or working pass with company ID before they board the bus. Individuals ages 21 years old and below and 60 years old and above are not allowed to travel.

All buses are equipped with thermal scanners and disinfectants. Those with body temperature of 38 degrees centigrade or higher are not allowed to board.