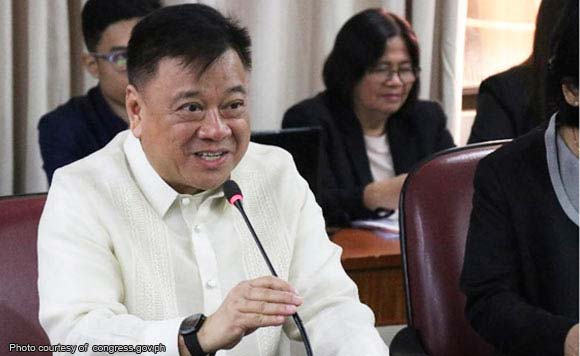 MANILA – Davao City Rep. Isidro Ungab has denied the existence of more than P83-billion worth of congressional insertions placed at the last minute prior to the approval of the bicameral conference committee report for the now ratified 2020 national budget.

In a statement, Ungab who chairs the powerful House Committee on Appropriations said that “in compliance with the express instructions of the President, the 2020 GAB (General Appropriations Bill) contains no pork and no parked funds.”

“The budget process was undertaken with utmost transparency,” said Ungab.

According to Ungab to label the 2020 budget “pork-ridden” by constantly redefining ‘pork’ is both “unfair and misleading.”

“The Supreme Court has already declared pork barrel funds as unconstitutional and clearly deflned what constitutes pork. The 2020 budget is pork-free,” said Ungab.

Sen. Panfilo Lacson earlier claimed that 1,253 budget items worth P83.219-billion worth of congressional insertions “were inserted in the bicam report” prior to it approval by members of both the House and Senate contigents.

Ungab has yet to respond on Lacson’s allegations but he made clear that “all changes made in the GAB were aligned with the President’s priorities and were based on the recommendations of the Cabinet Departments and other government agencies. “

“The 2020 General Appropriations Bill (GAB) approved by the bicameral conference committee is a powerful tool that will help deliver President Duterte’s goal of a safe and comfortable life for all,” said Ungab.

Politiko earlier learned from a congressional insider that it was Deputy Speaker Luis Raymund Villafuerte who ran the show for the Lower House during the budget deliberations in the bicam instead of Ungab.