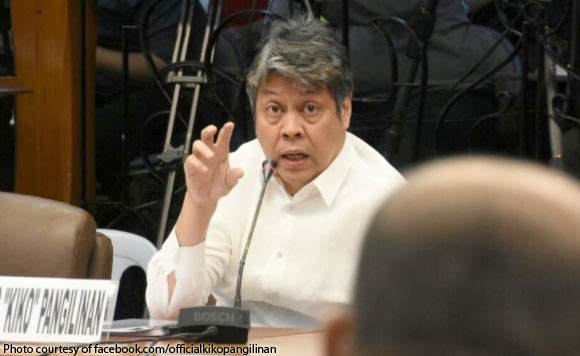 Senator Kiko Pangilinan on Monday raised doubts over the circumstances​ ​behind the killing of former Ozamiz City mayor Reynaldo Parojinog and​ ​14 others.

Parojinog was killed in an alleged shootout with a raiding team from​ ​the Criminal Investigation and Detection Group (CIDG) who served him a​ ​search warrant at 2:30 a.m. Sunday.

Pangilinan noted that “warrants of arrest” were served at past 2 a.m.​ ​Closed circuit TV cameras (CCTV) were also disabled “prior to entering​ ​the premises,” he said.

He cited the following events that he found unbelievable: “All 15​ ​suspected drug lords at the scene of the crime and their ‘armed to the​ ​teeth’ bodyguards are killed. No injuries or casualties on the side of​ ​the PNP (Phil. National Police).”

Among those killed during the early dawn raid were Parojinog’s wife,​ ​Susan; brother, Octavio Parojinog; a member of the provincial board,​ ​and members of his security force.

Espenido bares who fired first in raid that doomed Parojinog