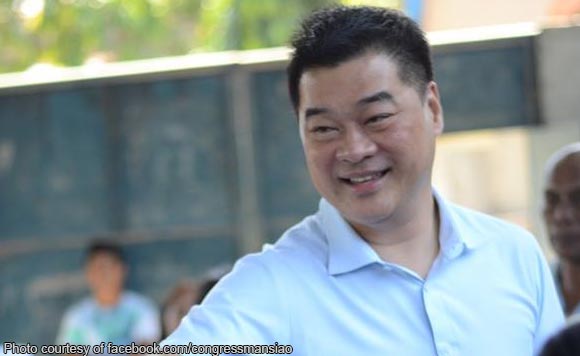 ILIGAN CITY — This city’s lone district representative has asked the Department of Foreign Affairs (DFA) to file a diplomatic protest with the South Korean government following the discovery of alleged garbage docked at the Mindanao International Container Terminal (MICT) in Tagoloan, Misamis Oriental.

Rep. Frederick Siao made a privilege speech at the House plenary session last Nov. 14 where he brought up the matter about the South Korean scrap imports.

“We want the DFA to tell the government of South Korea to conduct a thorough investigation of this shipment of garbage and to prevent any other similar shipments from being shipped to our country over again,” Siao said.

This, even if Verde Soko Philippines Industrial Corporation (VSPIC), the company that owns the shipment, already explained that the 51-container van of garbage will be processed into pellets and briquettes and will be shipped back to South Korea and China as raw materials for plastic furniture and other items.

He said VSPIC could have violated the Solid Waste Management, Customs Tariff and the international agreement known as Basel Convention on the control of transboundary movements of hazardous wastes and their disposal.

Siao was worried because MICT also services Iligan City, Cagayan de Oro City and the rest of Northern Mindanao “for starters and onward to the rest of Mindanao.”

“As representative of Iligan City, I say that the residents of Iligan City reject these 51 containers of garbage from South Korea,” Siao said in his privilege speech.

In an earlier statement, the South Korean government, through its embassy, said it already ordered an investigation on the exporter involved in the incident and stressed that it would take measures to have the garbage shipment brought back to South Korea as soon as possible. (PNA)