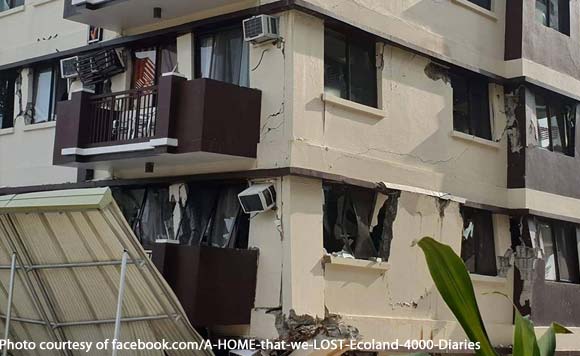 It took a Presidential rant to get the Consunjis to admit that they do own the collapsed Ecoland 4000 tower in Davao City.

President Rodrigo Duterte berated DMCI president and CEO Sid Consunji for the poor state of the Ecoland 4000 condominium which crumbled after a strong quake shook Davao.

Duterte namedropped Consunji in a speech in Pigcawayan, Cotabato, telling him to fix his problems with residents there. DMCI once denied they owned the collapsed property, but now, they admit to it.

CNN Philippines reports that Consunji committed compensation for Ecoland residents, with the property magnate providing compensation months after the crash.

“We accepted the offer to settle the claims of the homeowners at 150 percent of acquisition cost. They have a general assembly on Jan. 20,” he said.

DMCI president Isidro Consunji responds to Pres. Duterte telling him to address issues in the collapsed Ecoland 4000 condominium in Davao:

“We accepted the offer to settle the claims of the homeowners at 150% of acquisition cost. They have a general assembly on Jan. 20.”