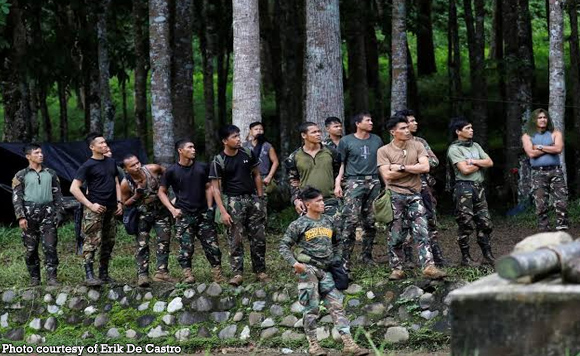 President Rodrigo Duterte has formed a technical working group (TWG) for the establishment of a military camp in Kapantaran, Marawi City.

“To reinforce current efforts of the government to secure Marawi City and its neigboring areas, the President has directed relevant government agencies to study the establishment of a military camp therein,” read Memorandum Order No. 41, which Executive Secretary Salvador Mediadea issued on November 15 by authority of the President.

Representatives from the Department of National Defense, Office of the Executive Secretary, Department of Environment and Natural Resources, Land Registration Authority, Department of Human Settlements and Urban Development, and Department of Interior and Local Government are the members of the TWG.

The Order said one of the functions of the TWG is “to consider the institution of three detachments composed of three battalions to be dispersed at the boundaries between Marawi City and contiguous municipalities.”

The TWG is also tasked to conduct a census for the identification of those who will be affected by the establishment of the military camp in Kapantaran.

Marawi was heavily destroyed during the five-month battle between the government troops and the Maute-ISIS in 2017. #