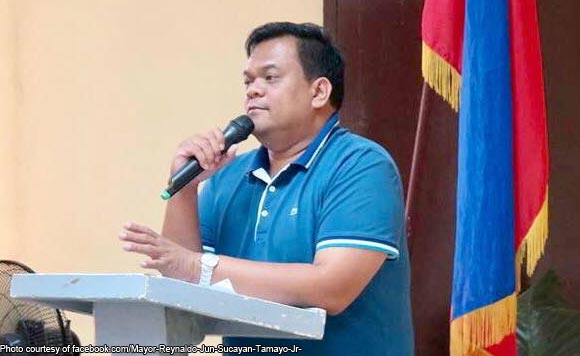 The Commission on Elections (Comelec), through the provincial board of canvassers (PBOC), proclaimed on Wednesday morning Tupi Mayor Reynaldo Tamayo Jr. as the newly-elected governor of South Cotabato province.

Lawyer Duque Kadatuan, Comelec provincial supervisor, said Tamayo garnered a total of 222,060 votes based on the canvassed election returns from 726 clustered precincts within the province’s 10 towns and lone city.

Kadatuan, who chairs the PBOC, led the proclamation of winners after reconvening the board at the Sangguniang Panlalawigan session hall in Koronadal City for the fifth time since Monday.

He said the canvassing of votes at the provincial level was delayed due to the late transmission of results from Koroandal City and the municipalities of Lake Sebu and T’boli.

The feeding of ballots to the Vote Counting Machine at precinct number 18 of the Koronadal National Comprehensive High School in Koronadal City was stalled on Election Day due to the defective secure digital or SD card.

The replacement card arrived late Tuesday and the electoral board completed the batch feeding of ballots and the transmission of results to the city board of canvassers around 7 a.m.

The elected provincial board members in the first district were Glycel Mariano-Trabado (PDP-Laban), Eamo Matti (PDP-Laban) and Noel Escobillo (PFP).

The board proclaimed Deputy House Speaker and incumbent Rep. Ferdinand Hernandez (PDP-Laban) as winner in the 2nd District congressional race after garnering a total of 222,524 votes, defeating independents Lyndale Causing and Darius Solis who got 47,516 and 1,705, respectively.

The PBOC did not proclaim a winner for the first congressional district seat due to the suspension of the elections by the Comelec en banc, with the signing last March 11 by President Rodrigo R. Duterte of Republic Act 111243.

RA 11243 reapportioned the first district of South Cotabato and
established the city as the province’s third district.

Comelec issued Resolution 10524 last April 11, postponing the election
for the first district representative on May 13 and set the first
regular election for the representatives of the two new districts
within six months.

The camp of Vice Mayor Shirlyn Banas-Nograles, who was among the four
aspirants for the post, sought her proclamation after topping the race
with 194,929 votes but was denied by the PBOC.

“The (Comelec) en banc resolution was very clear that the elections
for the district has been suspended and all votes cast for the
position will be considered as stray,” Kadatuan said.