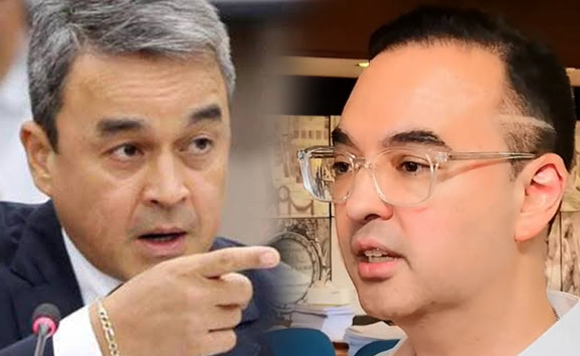 In a news forum in Manila, Barbers said majority of congressmen still trust the leadership of Cayetano and that the reported blunders in the hosting of SEA Games have nothing to do with the House leadership.

“Honestly, I have not seen, heard or felt that there would be a change in leadership,” said Barbers.

Cayetano last week said there is no need for a power scuffle in the bigger chamber, saying that he’s ready to step-down as Speaker if majority of congressmen say so.

Cayetano, chairman of the Philippine Southeast Asian Games Organizing Committee (PHISGOC) is currently in hot water over not only here in the country but also in the international circuit not only for the reported event mishandling buts as well corruption allegations on the Philippines’ SEAG hosting.

For Barbers, “the way things are, the commitment is still intact” in connection with the term sharing agreement between Cayetano and Marinduque Rep. Lord Allan Velasco.

“I think, there is no change,” said Barbers.

Barbers defended the current Speaker amid the controversies he’s facing as chair of PHISGOC.

“Not all is perfect. There will always be glitches… no organizing committee is that perfect,” said the lawmaker from Surigao del Norte.

Rumors that there is a brewing coup started to circulate among lawmakers after Davao City Mayor Sara Duterte last week taunted members of the Lower House with a cryptic message in her Instagram account.

“‘I told you so’ is a sure-fire way to kick-start and argument. In the same way, ‘you do not listen’ will ignite a conversation into a heated one,” said Duterte.

“May I just say to everyone in Congress, ‘I told you but you did not listen so there you go’,” she added.

The remarks made by the Presidential daughter has fueled speculations that another House coup may happen in the House of Representatives considering that Mayor Duterte is not only a staunch supporter of Velasco—Cayetano’s once fierce rival for the Speakership—but also the person behind the ouster of former Speaker Pantaleon Alvarez last year via a dramatic fashion.