Trolls behind Digong’s lead in TIME ‘most influential’ poll? Palace trains eyes on media manipulators as behind unfounded claims 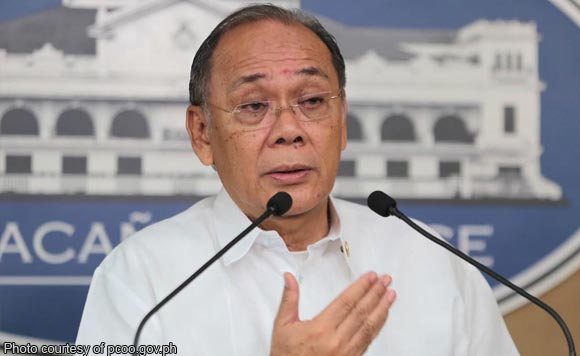 Although President Duterte is leading in the Time Magazine poll for the most influential person in the world, Presidential spokesman Ernesto Abella found bad taste in the article that cast doubt on the President’s lead in the survey.

Abella expressed displeasure on the third paragraph of the Time article that reads as follows: “Duterte has been known to use social media to promote his agenda and has reportedly paid people to push him to popularity online.”

“Accusing him of using paid writers, they wantonly paint Mr Duterte as manipulating social media to boost his popularity in the online TIME poll,” Abella said. “ They totally do not get that the common people actually support him and his drive to build an independent Filipino nation—albeit still a rather social conservative one.”

In the meantime, Abella also attacked critics for manipulating some members of the press to influence the Time Magazine. He pointed to “certain members of the establishment continue to manipulate media here and abroad to their advantage in the hope of regaining lost power and influence.” But he did not name names.

Abella also blamed other groups in attempts to pull down Duterte’s credibility. “The radical agenda rear its ugly head by taking PRRD to task apparently changing his stance about same sex marriage,” he said.

I am not a chauvinist pig, mapagbiro lang talaga – Digong