Toll in Philippine quakes climbs to 21 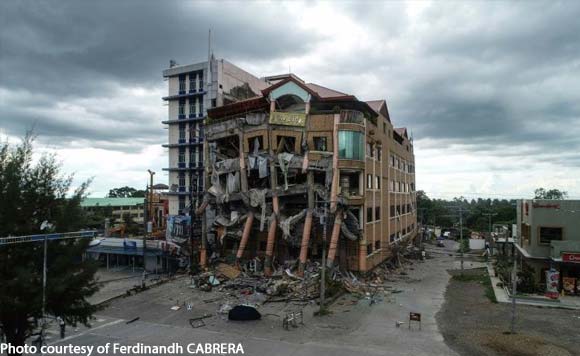 The death toll in two powerful quakes that struck the southern Philippines in the past week has risen to 21, authorities said Sunday, as survivors struggled to access food and water.

The 6.6-magnitude and 6.5-magnitude quakes hit the island of Mindanao two days apart, destroying buildings and displacing tens of thousands of residents.

Some villagers staying under tents near a highway were begging for help from passing motorists, carrying placards asking for food and water, TV footage showed.

Rescuers had found more bodies, many crushed by falling debris and landslides caused by the violent shaking, the national disaster council said.

Thursday’s big quake was the third since mid-October in the Mindanao region, which makes up a third of the Philippines.

Temporary shelters have been set up to house more than 20,000 displaced individuals — many already there since the first quake struck on October 16, leaving seven people dead.

On Sunday, rescuers continued their evacuation of families whose houses were endangered by landslides, while several residents trapped in mountainous villages had been airlifted to safety.

The government said aid has reached affected communities and instructed people sleeping near the road to go to evacuation centres for help.

The Philippines suffers regular tremors as part of the Pacific “Ring of Fire”, an arc of intense seismic activity that stretches from Japan through Southeast Asia and across the Pacific basin.