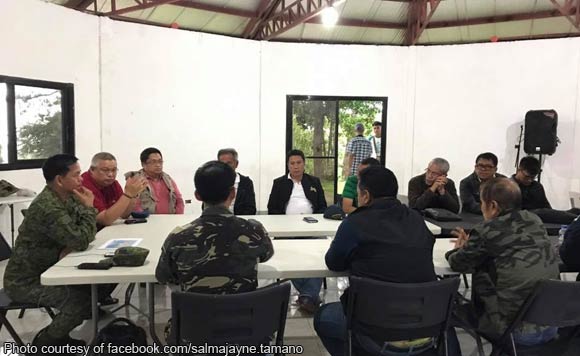 Everyone wished to end the ongoing siege in Marawi City as early as possible, but not at the expense of the people.

Also with them were was Autonomous Region in Muslim Mindanao Regional Vice Gov. Haroun Alrashid Alonto Lucman Jr. to give vital inputs to the military and city heads.

Adiong asked the army “not to use their heavy artilleries, mortar, and choppers in shooting enemies so as not to harm nearby civilians.”

“Our primary concern is the safety of our constituents,” he added.

News reports, however, confirmed that the military conducted “surgical airstrikes with pinpoint accuracy” in Marawi City to neutralize members of the Maute group.

The airstrikes, however, burned at least four houses. The attack, however, had no confirmed casualty on the Maute side.

Civilians were reported wounded due to shrapnel from the bombings.

People are asking what is the margin of error of military’s “pinpoint accuracy.” Smh.

Huwaran! Paolo Duterte is the best dad for son Uno

Kitty Duterte is a total hottie in new photoshoot