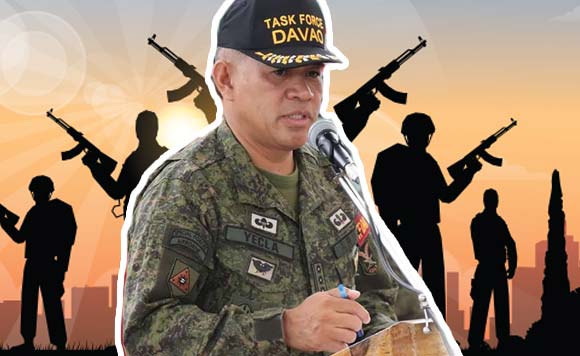 0 415
Share
Want more POLITIKO News? Get the latest newsfeed here. We publish dozens and dozens of politics-only news stories every hour. Click here to get to know more about your politiko - from trivial to crucial. it's our commitment to tell their stories. We follow your favorite POLITIKO like they are rockstars. If you are the politiko, always remember, your side is always our story. Read more. Find out more. Get the latest news here before it spreads on social media. Follow and bookmark this link. https://goo.gl/SvY8Kr

The Task Force Davao (TFD) has urged the public utility vehicle (PUV) drivers and barangay tanods to help in the government’s campaign against terrorism.

TFD commander Colonel Consolito Yecla made the call during the anti-terrorism lecture, which was attended by at least 1,300 drivers and 700 Davao City paid tanods Sunday, August 4.

“They can help prevent the entry of terrorists in the city. The terrorists are based outside Davao. We can limit the freedom of movement of terrorists if drivers and tanods will support us,” he said.

Yecla said the cooperation and support of the drivers to the security forces can lead toward the effective implementation of the security measures against terrorists.

“We can prevent the use of public transport as a means of carrying out terrorist attacks and withdrawals. PUVs can be used as car bombs. In the night market bombing, the bombers used a taxi in moving out of their target,” Yecla added.

He said the drivers and tanods can report to the authorities if they noticed something that will hamper the security of the city.

“We now have a universal secret code with drivers if they have suspicious passengers. They can use it to inform authorities during checkpoints and other circumstances,” he said.