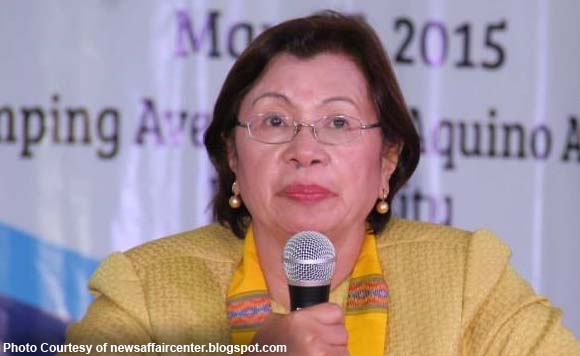 Surigao Del Norte Gov. Sol Matugas has ordered a tight security cordon around the island province over reports terrorist groups are out to launch attacks on the province’s tourism sites, particularly in Siargao Island.

The governor specifically asked the Philippine Navy (PN) and Philippine Coast Guard (PCG) in conducting round-the-clock patrol within the Surigao Strait and off Siargao Island to secure the tourists and the local populace.

“Let us not leave any stone unturned. It is better to keep our eyes open and remain on the look-out than be overwhelmed by anxiety,” Matugas said in a Manila Bulletin article.

“Better to be safe than be sorry. Join me in this mission to guard our province from evil attempts to undermine our shared efforts for the progress of the Surigaonon community,” she stressed during a consultative and coordination meeting with top military and police officials, along with other concerned government agencies.

Matugas said she “cannot tolerate any group who seek to destroy the foundations that we shaped together.”

She did not disclose which terrorist or lawless groups have threatened to sow terror in the province.

In August 2012, she survived an assassination attempt by a former council member of Luna village in Surigao City. Three of her security aides were wounded.