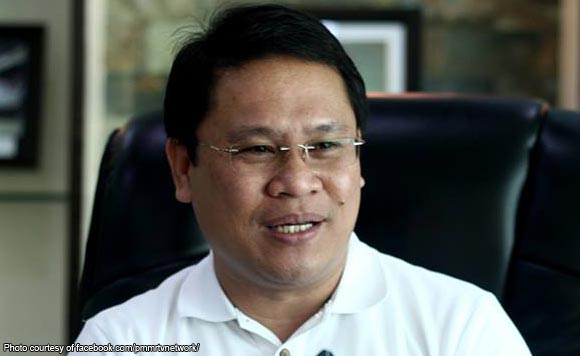 A mayor from President Rodrigo Duterte’s home province is vouching for the legality of Kapa-Community Ministry International Inc.’s investment scheme which the former Davao City mayor wants to shutter because it’s nothing but a pyramid scam run by “sons of Lucifer.”

Kapa founder and leader Pastor Joel Apolinario claimed that Tagum Mayor Allan Rellon gave Kapa’s investment scheme – members are promised 30 percent monthly return on any “donation” they make – his seal of approval during a public forum to discuss the validity of get rich quick schemes that have sprouted like mushrooms in his town.

Apolinario said that among the 30-plus investment firms that gave a presentation during the hearing, only Kapa got Rellon’s vote of approval because it was the only one among firms that promised massive returns which had “legitimate and complete papers” and a “sustainable” investment model.

Shut them down and jail them! Duterte says Kapa nothing but a pyramiding scam: Even Bank of America can’t give 30% per month!

Although the the Securities and Exchange Commission revoked Kapa’s incorporation papers for its illegal solicitation of funds last February, Apolinario was able to get a cease and desists order against the SEC from Branch 35 of the General Santos City Regional Trial Court on April 10, or just six days after Apolinario filed his plea, which allowed Kapa to continue taking donations from members. The court ruled that SEC has no jurisidiction over financial transactions involving religious organizations like Kapa.

Too good to be true: Duterte orders shutdown of investment scammer Kapa-Community

The court order has emboldened Apolinario to step up Kapa’s expansion.