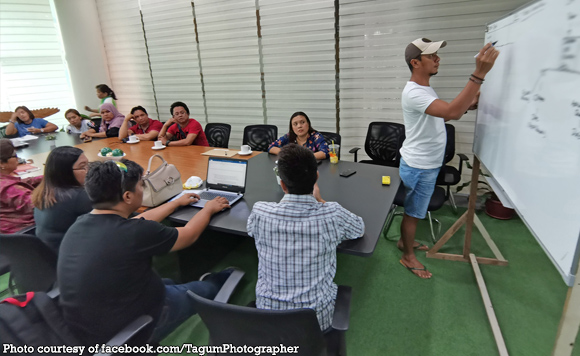 0 192
Share
Want more POLITIKO News? Get the latest newsfeed here. We publish dozens and dozens of politics-only news stories every hour. Click here to get to know more about your politiko - from trivial to crucial. it's our commitment to tell their stories. We follow your favorite POLITIKO like they are rockstars. If you are the politiko, always remember, your side is always our story. Read more. Find out more. Get the latest news here before it spreads on social media. Follow and bookmark this link. https://goo.gl/SvY8Kr

Tagum City is still free from deadly novel coronavirus (nCoV) as the local government has assured that protocol has been laid out in responding to emerging and re-emerging infectious diseases (ERID).

The Davao Regional Medical Center (DRMC) and City Health Office (CHO) made the confirmation that the city was still free from nCoV during the two separate meetings conducted Saturday, February 1, the city government said.

It said DRMC assured that they have already laid out its protocol in responding ERID and activated its ERID core team even if there is still no case of nCov in Tagum.

The referral procedures in private clinics and hospitals as well as barangay health centers to DRMC were constituted in the said protocol, including the proper precautionary measures of personnel responding to patients, the local government said.

“Showing further its readiness capabilities, DRMC already have an isolation facilities in place with trained medical personnel and proper apparatus dedicated for ERID cases,” it said.