Tagum City sets up checkpoints to prevent entry of ASF 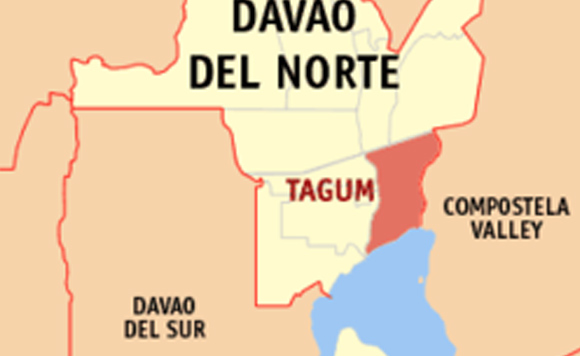 0 194
Share
Want more POLITIKO News? Get the latest newsfeed here. We publish dozens and dozens of politics-only news stories every hour. Click here to get to know more about your politiko - from trivial to crucial. it's our commitment to tell their stories. We follow your favorite POLITIKO like they are rockstars. If you are the politiko, always remember, your side is always our story. Read more. Find out more. Get the latest news here before it spreads on social media. Follow and bookmark this link. https://goo.gl/SvY8Kr

The Tagum City Veterinary Office has set up quarantine checkpoints in the major entry and exit points in the city to prevent the entry of African Swine Fever (ASF) virus following its outbreak in nearby towns in Davao Occidental and two barangays in Davao City.

During the weekend, the city government said all vehicles which were used in the transport of livestocks were sprayed with disinfectants at the checkpoints.

Meat vans, especially those transporting meat products to Tagum City public market and livestock section, were asked to present documents, such as meat inspection certificate and shipping permit before granted passage, it said.

For transported live animals, aside from shipping permit, transporters have to secure health certificates from accredited meat inspection offices in their respective localities, the local government added.

City Veterinarian Dr. Jesus Edullantes, head of the ASF task force, assured the general public that there were still no reported ASF cases in the local swine industry.

Thousands of pigs have already been culled in Don Marcelino and Malita towns in Davao Occidental and in two barangays in Calinan District in Davao City due to ASF outbreak. #