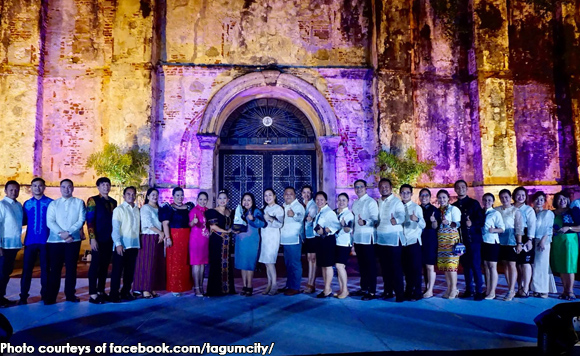 0 93
Share
Want more POLITIKO News? Get the latest newsfeed here. We publish dozens and dozens of politics-only news stories every hour. Click here to get to know more about your politiko - from trivial to crucial. it's our commitment to tell their stories. We follow your favorite POLITIKO like they are rockstars. If you are the politiko, always remember, your side is always our story. Read more. Find out more. Get the latest news here before it spreads on social media. Follow and bookmark this link. https://goo.gl/SvY8Kr

The Department of Tourism (DOT) and the Association of Tourism Officers of the Philippines have conferred two awards to the city government of Tagum during the 14th Pearl Awards recently held at Paoay Church in Ilocos Norte.

The local government received the grand prize for the Event Hosting and was named as first runner up on its bid for Best Program for Culture and Arts.

“The bid for the event hosting involved the LGU’s successful hosting of the 6th ASEAN Scout Jamboree in 2017 while the Best Program for Culture and Arts featured the city’s efforts in preserving its history, culture and heritage aptly called Kagikan, Kabilin and Katigayunan,” the city government said.

Meanwhile, Vicerjean M. Casiano, the City Tourism and Investment Promotions Officer, has been elevated into the National Board of the Association as the National Treasurer. #