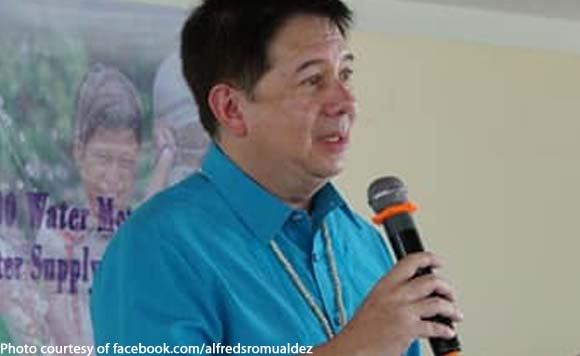 0 91
Share
Want more POLITIKO News? Get the latest newsfeed here. We publish dozens and dozens of politics-only news stories every hour. Click here to get to know more about your politiko - from trivial to crucial. it's our commitment to tell their stories. We follow your favorite POLITIKO like they are rockstars. If you are the politiko, always remember, your side is always our story. Read more. Find out more. Get the latest news here before it spreads on social media. Follow and bookmark this link. https://goo.gl/SvY8Kr

The cities of Tacloban and Ormoc, both in Leyte, have extended assistance to earthquake-hit Kidapawan City.

Tacloban City Mayor Alfred Romualdez, through his representatives, turned over P500,000 worth of check to the city government of Kidapawan Monday, November 18.

Prior to that, on November 15, Ormoc City Mayor Richard Gomez, through City Councilor Peter Rodriguez, handed over P1-million worth of check to the local government.

Ormoc LGU also lent its ambulance to Kidapawan following the series of strong earthquakes that rocked the city on October 16, 29, and 31.

Kidapawan LGU led by Mayor Joseph Evangelista thanked Tacloban and Ormoc, which were both devastated by super typhoon “Yolanda” in 2013, for their help.

Nograles warns Grab: Don’t pass on fines to your drivers