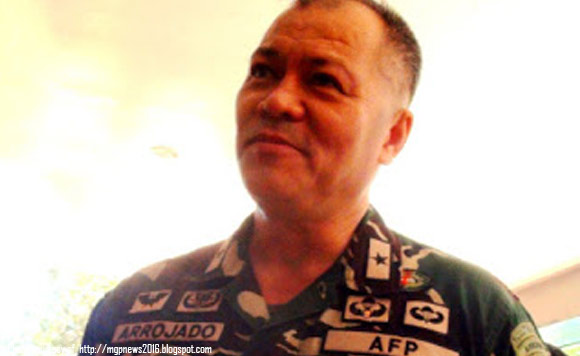 Manangquil, meanwhile, will be the incoming commander of the 9th Infantry Division in Bicol Region.

JTF-NCR is the military formation tasked to protect Metro Manila from all forms of threats, including terrorism.

A battalion-sized formation, or about 500 troops, from JTF-NCR will be augmenting the Philippine National Police contingent tasked to secure the annual Black Nazerene procession, also known as the “Traslacion”, on January 9, he added.

When asked about possible security threats, including terrorism, against the annual procession, Arrojado, a member of PMA Class of 1984, said his team has yet to verify terrorism angle.

“Except for usual criminality, and others, so far, in my capacity as new chief, wala pa naman nakarating. Kung meron man, then we will be prepared for it,” the JTF-NCR chief said. (PNA)

Close to 4,000 families affected by ‘Agaton’