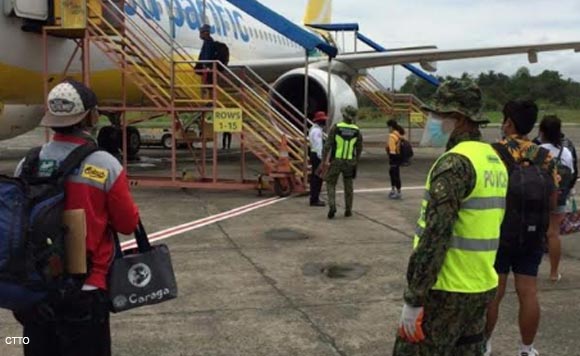 BUTUAN City- With hundreds of local, foreign and visitors stranded in different parts of Caraga region already sent home by the Department of Tourism through the agency’s program “DOT Cares” but what about nearly 4,000 already recorded stranded Butuanons, Agusanons and Surigaonons still in Cebu, Manila and other parts of the country who are now eager, wanted to return home ASAP?

Cherrilyn Jagmoc Mariquit told POLITIKO.com in a mobile interview that she and her brother had been posting for help, assistance in their social media accounts since March 15, 2020 after they could no longer buy tickets for airlines and passenger ships after they have been informed that Bancasi Airport in Butuan City and Nasipit Seaport including even via Surigao City seaports had been already off limits or in lockdowns.

“We are already doing all means sir so that we can go home because our children left in Buenavista Agusan del Norte and our livelihoods which our means for survival, were all waiting for us leaving our families there helpless and almost like abandoned, thanks to our relatives there in Buenavista who had been temporarily looking for our kids, our family and houses there. We really wanted, eager to go home, Sir Ben please help us” Cherrilyn said,

The Mariquit siblings claimed they went to Iloilo to visit their uncle there and bring with them workers from Agusan for their uncle business.

The case of the Mariquit siblings was already brought to the attention of PEZA Director General Charito “Ching” Plaza already sleepless and who has been moving and earth in Manila doing all she can she said in bringing back home Caraganons via “Mercy Trips” from Manila and Cebu.

Plaza, in a separate interview told POLITIKO.com stranded Caraganons in Manila and Cebu some for weeks now others for more than one month already going two were not only composed of vacationers but also sickly who seek medical and hospital treatment in Cebu and Manila.

“ Some were even once confined briefly at hospitals in Cebu and Manila while some are students, some visiting their relatives and some went to Manila and Cebu for seminars, meetings, trainings, official business and some for livelihood and business purposes” Plaza who once served three terms as Congresswoman for the first district of Agusan del Norte which comprises areas of Butuan City and Las Nieves town in Agusan del Norte.

Plaza during her stint as solon chaired important House Committees and is the principal author of the law creating Caraga region.

Meanwhile, the Department of Tourism thorugh Caraga regional office OIC regional director Mary Jean Camarin said in a press statement claimed some 134 adults and two infants visitors and local tourists who have been stranded in different tourist spots in Caraga Region due to Covid-19 lockdowns since March 15 this year were finally sent home Saturday.

On board passenger plane Cebu Pacific , a chartered flight, the Philippine Government here called Sweeper Flight, government officials and personnel here in Butuan City sent off yesterday around 11:20 a.m. the 136 passengers at the Bancasi Airport.

Aside from providing them Sweeper Flight, according to Camarin, DOT Caraga regional office reportedly provided them cash assistance of P2,000 each.

“The Department of Tourism regional office with the support of the local government units (LGUs), shouldered their travel expenses from the sites where they were stranded up to Bancasi Airport in Butuan City,” Camarin said in a press statement.

Last month, 167 stranded local tourists, mostly in Siargao Island, were provided by DOT-13 with financial assistance amounting to PHP2,000 each through the “DOT Cares” program.

The agency also repatriated stranded foreign tourists in March and April this year. 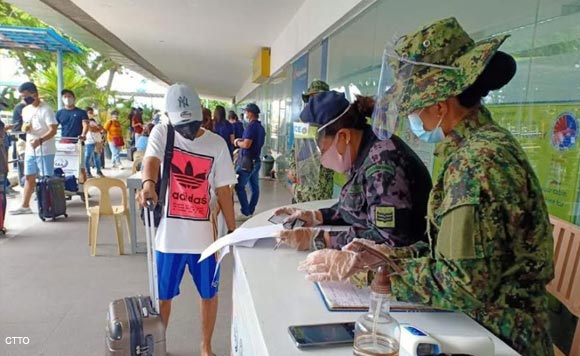 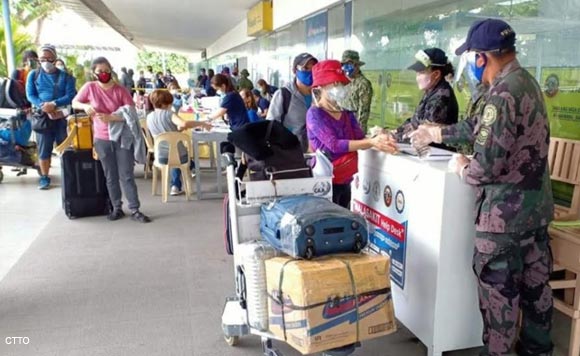