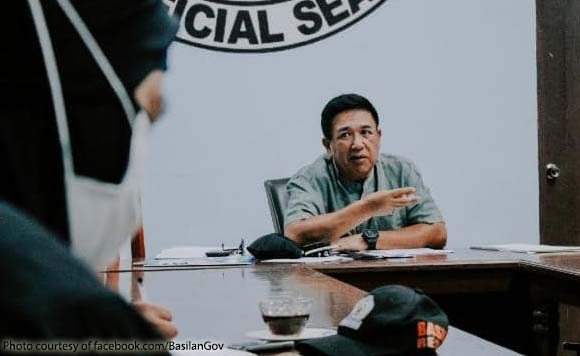 The saints’ images in the three chapels were beheaded, and some thrown out of the chapel. The incidents occurred at a time when the Catholic faithful observed Ash Wednesday.

Salliman said described the desecration as “atrocious and discriminatory.”

“To our Catholic faithful, let this be known to you that I stand with you, as your governor, in your sentiment. We in the Provincial Government despise and condemn in the highest terms the act of defilement,” Salliman said in a statement.

“We raise our voice for justice. We demand the relevant authorities conduct an in-depth investigation on the intent of the perpetrators and get into the bottom of the case lest it will be exploited by groups or individuals whose sinister motive is to undermine the harmonious relationship that we Muslims and Christians are enjoying in the past few years as a result of the relative peace and development that we have collectively gained,” he added.

The governor called on Basileños–both Christians and Muslims–to exercise sobriety and remain calm.

“It is prudent that we need to restrain, using any modes of communication, in peddling rumors, lies, and hearsay that will cause alarm and panic among the general public. Words of peace, compassion, and goodwill must prevail. Our communities have already gone far in the road to peace and development through good governance,” he said.

Meanwhile, officials of the Bangsamoro Autonomous Region in Muslim Mindanao (BARMM) also denounced the incidents, describing the ransacking as sacrilegious.

Sinarimbo said the incidents could only be perpetrated by “evil men.”