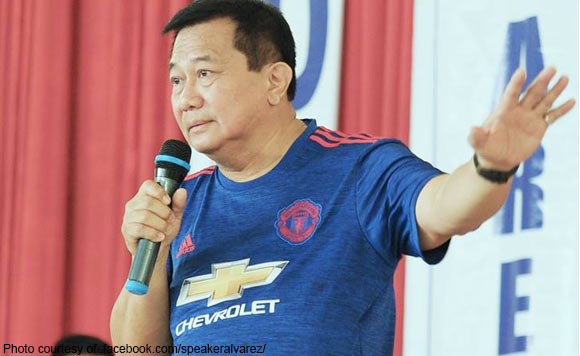 House Speaker Pantaleon Alvarez on Wednesday said the big drop in his net satisfaction rating per the latest Social Weather Stations survey was caused by lack of impact of new laws among Filipinos.

“The SWS survey result… shows many of our people have yet to feel the impact of these new laws,” Alvarez said in a statement

“Hence, there is a need to cultivate further a more free-flowing exchange of communications to be able to reach out to a greater number of people throughout the country — to make them more aware of the reforms undertaken so far aimed at achieving sustained economic growth, political stability and social progress under the Duterte administration,” he said.

The Speaker said he looked at the SWS results as “a barometer of the public’s pulse at a certain period but continually serve as a challenge for us to do our work.”

“I believe that the 17th Congress has done its job in passing laws that respond to the needs of our people in various fields of endeavor,” he said in a statement.

The SWS survey showed that Alvarez suffered a 13-point decline in his net satisfaction rating from +14 last December to +1 this March.

“There is a huge task ahead but we will persevere for all to benefit from it,” Alvarez said.