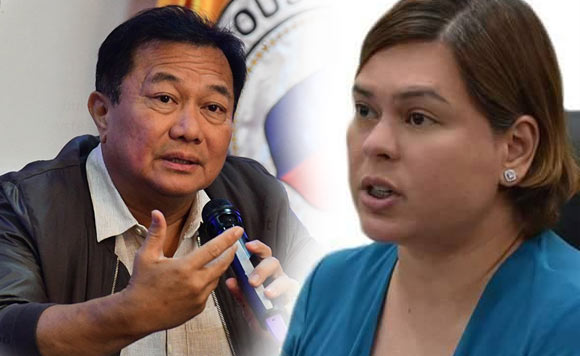 House Speaker Pantaleon Alvarez said on Thursday that he does not consider Davao City Mayor Sara Duterte’s newly formed Hugpong ng Pagbabago party to be part of the opposition, as the latter claimed he said.

“It’s a regional party. Ang PDP is a national party and both are supporting the administration of the President,” Alvarez said in a press conference in Surigao City.

He acknowledged that some members of PDP had already quit to join Sara’s party, including Compostela Valley Gov. Jayvee Tyron Uy.

He also refused to entertain questions about his feud with Sara, saying only that he had “surrendered” the fight.

Asked if he tried to patch things up with the feisty daughter of his close buddy, President Rodrigo Duterte, Alvarez said, “Hindi na, ayoko nang mag-comment.”

The interview took place in the Surigao Provincial Gym, Surigao City, where the Speaker led another PDP-Laban activity.

Alvarez ‘quite sure’ divorce bill will be passed this month