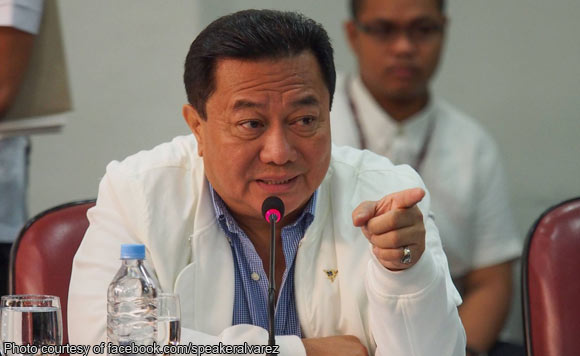 House Speaker Pantaleon Alvarez expressed optimism that the proposed Bangsamoro Basic Law (BBL) would be passed before Congress adjourns by the end of this month.

Alvarez met with the members of the Moro Islamic Liberation Front (MILF)-led Bangsamoro Transition Commission (BTC) and the government’s peace panel (GRP) to thresh out the thorny issues in the proposed measure.

“The GRP has proposals and the BTC asked for three days so they can discuss these,” Alvarez said.

He hoped that agreement could be reached on the various provisions of the bill.

The lawmaker from Davao del Norte refused to give details of the thorny provisions.

Despite the delays, Alvarez said he is optimistic that the House can pass the proposed BBL on third and final reading before Congress adjourns sine die on June 1.

“We can still pass it,” Alvarez said.

He said he would request President Rodrigo Duterte to certify BBL as an urgent measure to fast-track the approval of the bill.