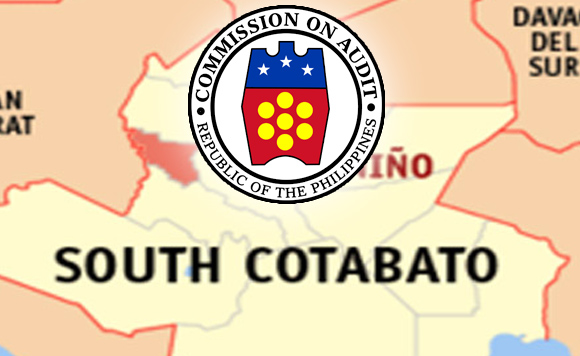 The Commission on Audit (COA) noted that despite the “astonishingly higher” local development fund of the provincial government of South Cotabato, it has struggled to complete local projects.

According to the 2018 annual audit report, South Cotabato appropriated P440.9 million for the 20% Development Fund, 152.59 percent higher than the statutory requirement.

Despite this, the provincial government was only able to complete 31.03 percent of the projects allotted last year.

“As the provincial government’s concern for development was impressively presented in the AIP (annual investment plan), actual project implementation did not speak so well of the desired output,” COA stated in the report.

State auditors found that various projects for tourism development and devolved hospitals were not realized in 2018 despite available funds.

In the report, the Provincial Engineering Office pointed out several limitations on maximizing optimal utilization of the fund including inadequate Planning Division personnel, and pending program of works.

“Although measures were in place to fast-track the implementation of PPAs (projects, programs, activities) under the 20% LDF (local development fund), the implementation rate shows that there is a higher likelihood that expected economic goal and delivery of priority services that could address the needs of the intended beneficiaries will not be timely realized,” COA said.

COA ordered the implementing departments to execute the planned projects without delay in order to address the needs of its beneficiaries. #