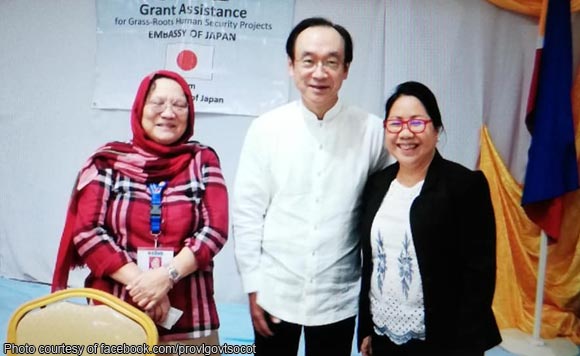 0 183
Share
Want more POLITIKO News? Get the latest newsfeed here. We publish dozens and dozens of politics-only news stories every hour. Click here to get to know more about your politiko - from trivial to crucial. it's our commitment to tell their stories. We follow your favorite POLITIKO like they are rockstars. If you are the politiko, always remember, your side is always our story. Read more. Find out more. Get the latest news here before it spreads on social media. Follow and bookmark this link. https://goo.gl/SvY8Kr

The provincial government of South Cotabato has prepared the security measures for the week-long celebration of its 53rd Foundation Anniversary and 20th T’nalak Festival.

The security and emergency response team will be deployed in the province for the activities, which will start on July 12 until July 18.

A meeting was held among the security officials to discuss the precautionary measures during the celebration, the local government said.

Among the measures that have been agreed upon were the no bringing of backpacks, lighter and other pointed objects in all the activities to be attended; and for the public to avoid bringing of perfume/cologne and other bottles with liquid, except water.