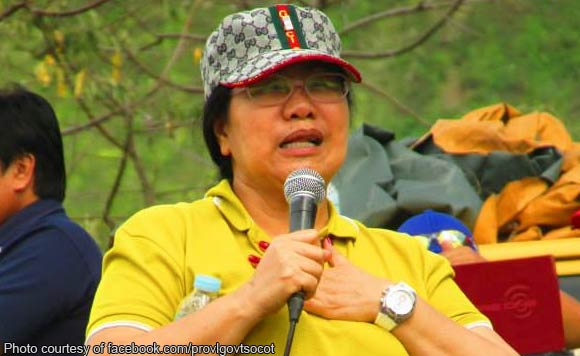 Marcos, who has just served a four-month suspension, has been charged in the killing of Albuera, Leyte Mayor Rolando Espinosa, a suspected drug lord, last November.

Espinosa was shot dead inside his provincial detention cell during an operation headed by Marcos.

The lady governor noted the rumors that Espinosa was purposely silenced by the Philippine National Police (PNP) in order to protect the identities of police officials who may have links to illegal drugs.

Should these whispers prove true, Fuentes said she’s worried that Marcos might do the same in the SOCCSKSARGEN region.

At any rate, the politiko said she would give the controversial Marcos a chance to serve as CIDG chief.