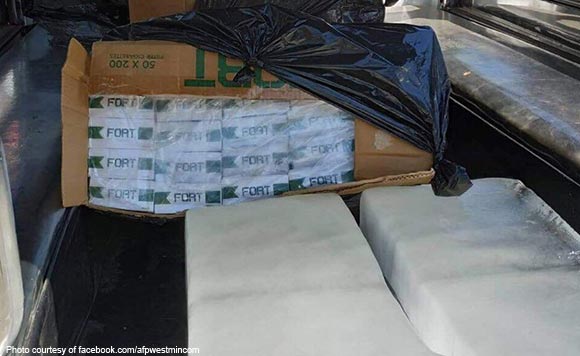 The military has confiscated three boxes of smuggled cigarettes in Zamboanga City.

Lt. Gen. Cirilito Sobejana, commander of the Western Mindanao Command (Westmincom), said the contraband was seized during the conduct of checkpoint operations by the troops of the Alpha Company, 74th Infantry Battalion in Baliwasan Seaside Tuesday, January 28.

The items were loaded in a white multicab driven by certain Christopher Asibedo.

“Our troops continuously bolster operations and assist our partners in curbing lawless activities such as smuggling in our area of operation,” Sobejana said.

“Smuggling impede trade and economic growth, hence, such activity must not be tolerated and must be totally eradicated,” he added.

Military troops turned over the seized items to the Bureau of Customs for proper disposition.